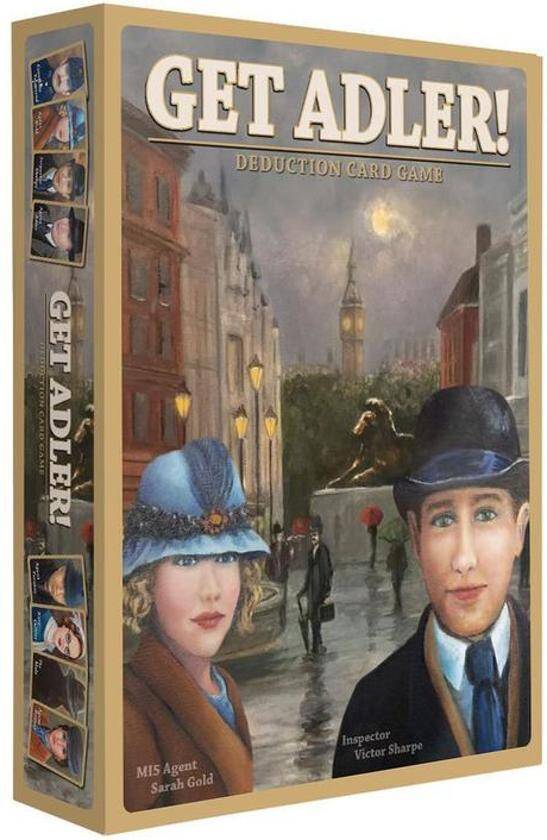 London, 1937 — Intelligence has discovered that Top-Secret documents are missing. So, too, is MI6 Agent Adler. The only clue is an intercepted message: "Trafalgar at seven." MI5 Agent Gold, Inspector Sharpe of Scotland Yard, and Constable Townsend have been thrown this task: "Find and eliminate Adler." They've got seven hours.

Get Adler! is a social deduction card game in which secret characters investigate each other to unmask Adler. Once the traitor is revealed, the game transforms into an action-packed race against time to eliminate Adler and to recover Top-Secret documents.